“Even as the history of our discipline is implicated in systemic racism, such modes of inquiry remind us of literature’s capacities for critique, resistance, and transformation.  We resolve to pursue those capacities across all areas of literary study.” J. Brantley, English Chair, Yale University.

A single thread has run through the literary tapestry for the last 3000 years: the driving force of emotions compelling our heroes and villains to act passionately with mercy, vengeance, love, hate, joy, anger, jealousy, pride, compassion and with a hundred other complex combinations in between that are necessary to understand, rationalize, justify, believe, and accept the roller-coaster ride intended by the author.

English literature’s deep ties to white supremacy began 3000 years ago when the very first stories from an oral tradition were written with the emotional semantics and syntax that seized control of millions of years of evolutionary emotional development for the heath, prosperity, and well-being of the individual…of all individuals.

Forty years ago, I stopped… then walked into a never-ending story of insane psychotic mania and suicidal depression intermixed with joy, love, passion, and the torturous consequences of psychological, psychiatric, and pharmaceutical beliefs in emotional dysregulation and disorder and subsequent remedial therapies of emotional control, regulation, and management…with the use of debilitating pharmaceuticals if necessary.  Haloperidol, the death drug: its torturous side effects were hell on earth. But a few days of its death kept me out of another cycle of mental hospitals, doctors, and padded cells and hours upon hours of walking the halls… up and down and up and down and up and….

I finally was able to walk out of that story.  Not because of science but because I developed my own theories of emotional and cognitive behavior and left the emotions of Homer, Shakespeare, and thousands of other authors behind.  I still ride their emotional roller-coaster with its twists and turns and ups and downs and other designs an author may have.  But I get on the ride for entertainment purposes only.  For my health, prosperity, and well-being, I live another cognitive emotional paradigm, an emotional paradigm that may one day become part of your story.

I wrote an article restructuring the current science, literary, and religious beliefs in emotions. I replace those misunderstandings with another based in evolution. I am currently campaigning to the Departments of Psychology and Psychiatry to seriously evaluate my paper: “Emotions-as-Effect Theory: The Linguistic Semantics of Emotional vs. Cognitive Regulation” (8700 words).  That and another more involved bio of the one below is also attached: “My Story: Hell on Earth (as is Heaven)” (4600 words).  These papers, and an unedited manuscript of my book “Symbiotic Psychology: The Synergy Between Mind, Body, Emotions, and Consciousness” (75,000 words), are available to download on my website.

The time has come for humanity to get off the emotional roller-coaster ride that has defined themselves for the last 3000 years.

attachments: Emotions-as-Effect Theory: The Linguistic Semantics of Emotional vs. Cognitive Regulation; My Story: Hell on Earth (as is Heaven); Symbiotic Psychology: The Synergy Between Mind, Body, Emotions, and Consciousness 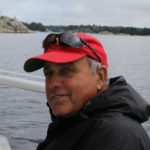 Andrew O. Jackson suffered from psychotic mania and suicidal depression and was in and out of mental hospitals from 1979-1996. Once after another “blackout” period, he “awoke” in a mental ward and wondered how he got there this time.  The nurse said he went up to a police car and told them that his friend needed help. His “friend” was a trash can.  Another time he “awoke” with a rope in his hand ready to put an end to this torturous life when a voice asked him, “Can you go on?” “They” wanted him to continue this existence a while longer.  He replied, “Yes” and got himself to a hospital.

Around 1992, in a moment of inspiration that has now led to his emotions-as-effect theory, he began a self-directed healing program using his emotions as feedback for his biochemical, neurological, and physiological state of being. After a couple more psychotic episodes – one that landed him in the El Paso county jail and led to a divorce from his first wife – and after seventeen years of therapists, psychologists, and psychiatrists, he no longer needed the benefits of their assistance.  He has been medication free and without disassociation, depression, or mania episodes since 1996.

He has an MS in Technology Education and an MS in Management Technology from the University of Wisconsin – Stout. He was a high school shop teacher, a college CAD (computer aided design) instructor, a guest instructor in China teaching quality and inventory management, and a quality manager at an OEM (original equipment manufacturer). He is now happily married and retired from mechanical engineering, spending his summers sailing and winters alpine skiing.